What is a vapor absorption refrigeration system 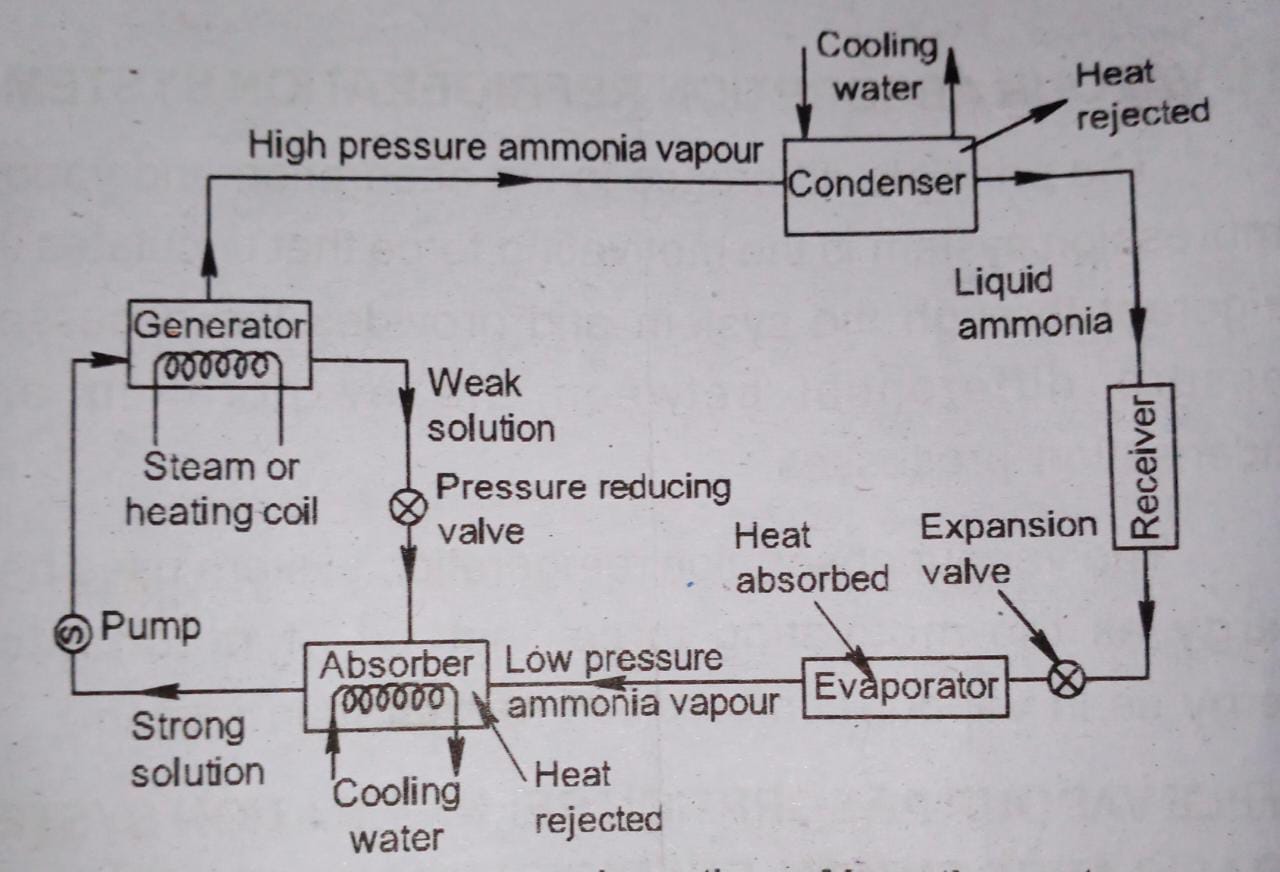 The principal difference in the absorption and vapor compression system is the motivating force that circulates the refrigerant through the system and provides the necessary pressure differential between the evaporation and condensation processes.

Two working fluids are employed in the vapor absorption system such as:

Coldwater is normally used as an absorbent in the absorber. The water has the ability to absorb very large quantities of ammonia vapor. The solution, thus formed is known as aqua-ammonia.

Analyzer – A distillation column where the water vapor is removed from the mixture leaving the generator.

Rectifier – Where the remaining water vapor and a small amount of ammonia vapor, condenses and drains back to the analyzer.