Under cooling of the liquid refrigerant in the condenser is a normal practice, which ensures that the refrigerant will enter the expansion valve only in a liquid state.

In actual practice, the high pressure and high-temperature vapor refrigerant from the compressor are cooled and liquefied when it passes through the condenser.

The effect of sub-cooling can be seen from the and the effects are:

Advantages and disadvantages of under-cooling

The armature resistance of the DC motor is also very small. Therefore if the rated normal voltage is applied to the armature terminals, the starting current would be dangerously high. This high current produces high mechanical stress and also heat, which may damage the winding.        Also, a large voltage drop in the… 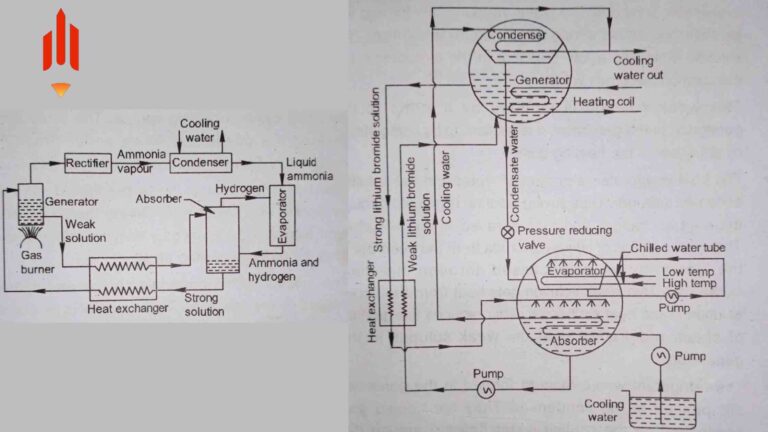 By adding a third fluid, an inert gas to the absorption system to balance the low – and high – side pressures of the system to function without a pump. Such system is called as three – absorption system. Thase systems have found widespread use in domestic refrigerators, particularly for mobile homes and recreational vehicles….