Cooling towers are essentially water conservation or recovery devices. Cooling towers are the largest mass and heat transfer devices used extensively wherever water is used as a cooling medium as in the case of water-cooled condensers.

A cooling tower is heat-rejection equipment where the warm water from the condenser is pumped over the top of the cooling tower from where it falls or is sprayed down to the tower basin. The temperature of the water is reduced as it gives up heat air circulating through the tower.

Most of the heat transfer from the water to the air is accomplished by the evaporation of condensing water and the same sensible heat transfer between them.

Based on the direction of air flow

Based on the draught

Natural draught is produced due to the difference in weight (density) the cold air (outside the tower) and hot air (inside the tower).

When the air circulation through the tower is with the help of a blower, the tower is called the mechanical cooling tower.

If the draught is produced by a fan or blower which draws the air through the tower called induced draught.

If the draught is produced by a fan or blower which forces the air through the tower called forced draught.

New research suggests that one mysterious event nearly wiped out the shark population nearly 19 million years ago. Because scientists in the new study looked at shark teeth buried in deep-sea sediments, shark diversity today is only a fraction of the much greater diversity that existed at the time.  They say this unidentified large-scale marine… 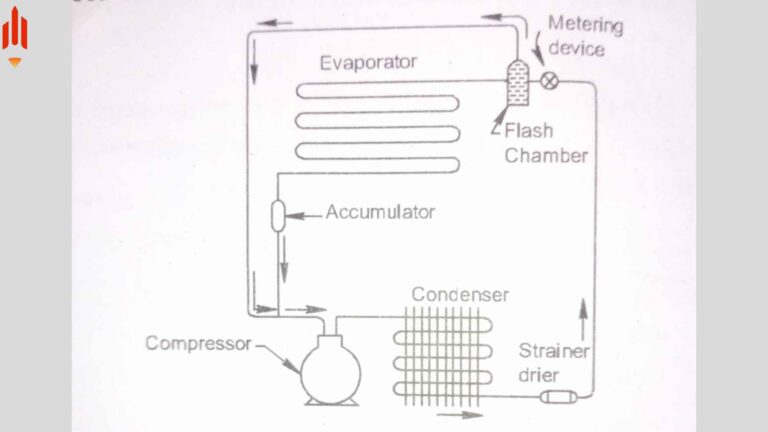 Flash chamber Flash chamber is an insulated tank. It is always fitted after the metering or throttling device but before the evaporator in a vapour compression refrigeration system. Need of flash chamber: It has been observed that the liquid refrigerant coming out from the expansion device contains some vapour refrigerant also. (normally vapour liquid mixture)…. What is a condenser? The condenser is a part of the refrigeration system, which rejects the heat energy of the refrigerant gas gained in the evaporator and the compressor. Atmospheric air and water are the two most convenient heat sinks to which the heat can be rejected. There are three types of condensers namely Air…