Sadi carnot in 1824 proposed a heat engine cycle as a measure of maximum possible conversion of heat into work.

All reversible heat engines working between the same two temperatures have the same efficiency irrespective of the amounts of heat that they draw from the source.

According to carnot’s theorem, no heat engine can work more efficiently than a carnot’s engine working between the same limits.

The working substance assumed as air. The cycle consists of two reversible isothermals and two reversible adiabatics (isentropics) and its PV and TS diagrams as shown .

Air is compressed isentropically, where S1=S2 and T1 raises to T2

Air rejects heat isothermally to the hot reservoir at T2, where T2=T3.

Air is expanded Isentropically, where S3=S4 and T3 drops to T4.

Air absorbs heat isothermally from the cold reservoir at T1, where T1=T4.

Heat absorbed from the cold reservoir

The performance of a refrigerator working on a reversible carnot cycle is maximum. However, there is no refrigerating machine working on this cycle, because the adiabatic stroke needs high speed while the isothermal stroke needs extremely low speed, which are not practicable.

THERMODYNAMICS STATE OF A PURE SUBSTANCE

Many Engines are used in different types.  For example.,  Single-Cylinder Parallel-twin  Inline line Inline-four Flat-twin V-4 V-twin  Flat-four (or) Flat-six. First single cylinder: The most commonly used on motorcycles because it’s cheap to produce and easily fix and maintain.  The piston does all the hard work here, but an inherently unbalanced system and especially the… 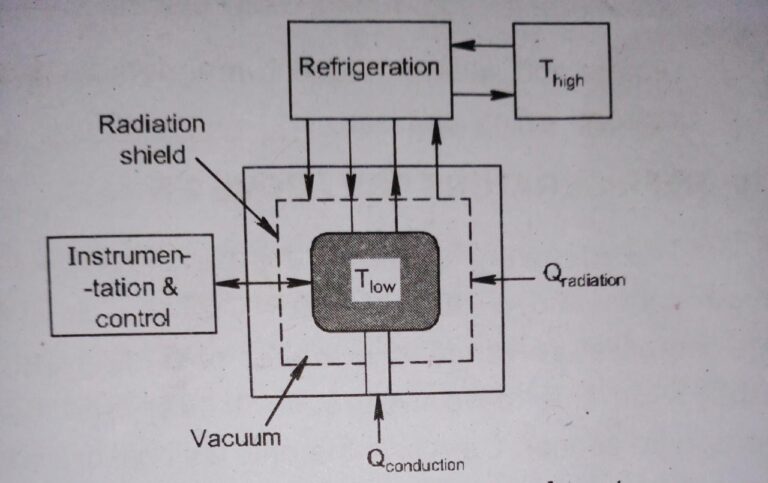