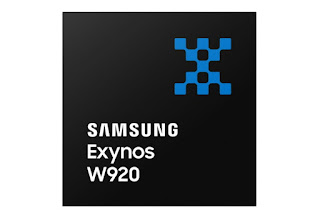 Samsung also claims to be the first SoC based on the 5nm Ultraviolet (EUV) technology node. The Exynos W920 SoC supports LPDDR4 RAM and onboard multimedia card memory (eMMC). The Samsung Exynos W920 is a dual-core SoC with Arm Cortex A55 cores and Arm Mali G68 GPU.

In addition, a dedicated low-power display processor Cortex-M55 is installed, providing continuous display (AoD) with less power than the previous generation Exynos SoC. The Exynos W920 is said to increase CPU performance by about 20% and graphics performance by 10x.

The Exynos W920 is equipped with a 4G LTE Cat.4 modem and an L1 Global Navigation Satellite System (GNSS) that tracks speed, distance, and altitude outdoors. The Samsung Galaxy Watch 4 series will be the first wearable device with the Exynos W920 SoC.

The chipset is compatible with a new integrated wearable platform called One UI Watch, which was jointly developed by Samsung and Google. The smartwatch model will be unveiled at the Galaxy Unpacked event on August 11. Along with this will be presented a new generation of foldable smartphones Samsung – Samsung Galaxy Z Fold 3 and Galaxy.