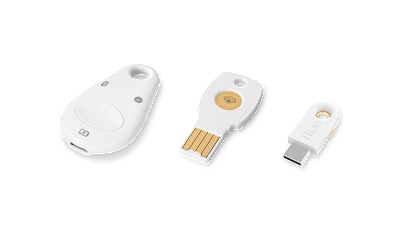 It’s worth noting that the current NFC-enabled Type A USB dongle retails for $ 25. Currently, the USB Type-C dongle does not support NFC and costs $ 40 (about Rs 3,000).

What the Google Titan Security Key Does

The two updated versions of the Titan Security Key now include NFC, making it easier for users to choose the security key that best suits their needs. Google said, “Since NFC is currently supported on a large number of Android phones and iPhone models, we have focused on the simpler and more accessible NFC function by removing the Titan Bluetooth security lock.”

Security of users whose accounts can be hacked. The Google Titan dongle protects your Google Account and third-party FIDO-compliant apps and services. According to the Google Titan support page, this security key is compatible with Android smartphones running Android 5 or later and the latest version of Google Play services.

Compatibility with Titan Security Key for iPhone and iPad models requires iOS 13.3 or later. To work with security keys on your computer, you need a supported USB port and the latest versions of Chrome, Edge, Firefox, Opera, and Safari browsers that support W3C web authentication.