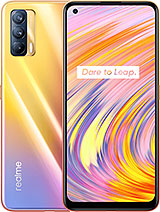 Realme X9 and Realme X9 Pro are expected to become the company’s next flagship products. The latest news indicates that this phone may be powered by Qualcomm Snapdragon 778 SoC and Snapdragon 870 SoC respectively. A Realme phone with the model number RMX3366 was also detected on the website of the Chinese regulatory agency TENAAA, which is believed to be a Realme X9 Pro.

Although the Pro variant has been in the news for a while​​​​​​​​​​​​​​​ The digital chat station (translated) shared on Weibo the TENAA list of what appears to be a Realme phone with model number RMX3366. It is expected that this phone will be equipped with a 6.55-inch full HD + OLED display.

The list also shows that the phone has a 2,200 mAh battery, which is most likely a dual-battery configuration, bringing the total capacity to 4,400 mAh or 4,500 mAh. This phone will support 5G, run Android 11 out of the box, and measure 159.9×72.5x8mm. The model RMX3366 is considered Realme X9 Pro. Another insider shared in the comments that Realme X9 Pro will use a curved screen with a 120Hz refresh rate.