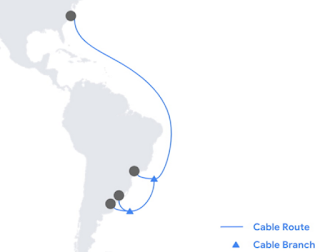 Alphabet’s Google said on Wednesday that it is building a submarine cable connecting the United States, Brazil, Uruguay, and Argentina to strengthen Internet connectivity between these regions.

This cable named Firmina will become the longest cable in the world. Google said in a blog post, adding that it will run from the east coast of the United States to Lastoninas, Argentina, and make additional landings in Praia Grande in Brazil and Punta del Este in Uruguay.

The announcement was accompanied by a surge in demand for Internet and cloud services, as the COVID-19 pandemic has promoted more online work, shopping, and entertainment.