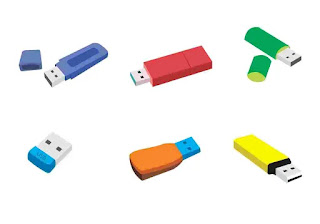 Squinting at the distorted text, trying to decipher small images and square boxes, or simply clicking the checkbox to confirm that you are a human and not a robot, “CAPTCHA” is part of our daily browsing experience on the Internet.

The purpose of CAPTCHA (or the fully automated Turing Public Challenge) is to improve the security of online services, but the annoying verification process is something most of us would like to avoid. Now, the latest research from network infrastructure and security company Cloudflare shows that people around the world are wasting 500 man-years every day trying to prove they are not spambots.

The study shows that it takes the average user 32 seconds to complete the verification code to question and estimate the time performing simple math operations for 4.6 billion Internet users worldwide.

Cloudflare said in a blog post that their idea is simple: “A real human should be able to touch or look at their device to prove they are human without revealing their identity.” CAPTCHA was born at the beginning of the century. The term was coined in 2003.

Over the years, with the improvement of artificial intelligence tools, simple text-based CAPTCHAs have been replaced by objects in images. The improvements in AI mean that people can create robots that can pass the simpler CAPTCHA tests of the past, but it means that these checks are becoming increasingly difficult for real people.

CAPTCHA has been used as a training tool and is also applicable to artificial intelligence; For example, Google’s reCAPTCHA is looking at human behavior for people to pass the test, but since machine learning can better recognize text and objects, it becomes increasingly difficult for people. to pass the test.

This is a problem because Cloudflare noted on their blog that complex verification codes will cost us in many ways. As mentioned earlier, wasted time is a loss of productivity, and relying on the CAPTCHA system also has accessibility issues.

But this is not the only problem, as anyone who lives in India has shown, many of the problems that arise in reCAPTCHA depend on understanding the situation in the United States, like what is a fire hydrant, most Indians do not. have seen in real life.

But this is not the only problem. Most Indians can only access the internet via mobile devices, which not only makes CAPTCHA difficult on small screens but also puts pressure on data plans and batteries.