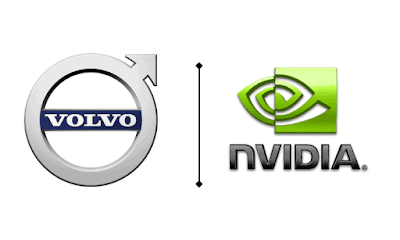 The first car equipped with this SoC is the next-generation Volvo XC90, which will be launched next year. The NVIDIA DRIVE Orin-powered computer is a key element for constantly updated and safe autonomous driving. It will be used with internally developed software and Volvo Cars’ autonomous driving software development company Zenseact, as well as backup steering and braking systems.

The first car equipped with this SoC is the next-generation Volvo XC90, which will be announced next year. The additional computing power and graphics processing capabilities provided by NVIDIA DRIVE Orin enable advanced sensor arrays required for autonomous driving, such as the most advanced LiDAR technology developed by another Volvo Cars technology partner, Luminar.

Volvo Cars’ SPA2 architecture will provide hardware-ready support for automatic drives from the start of production. The autonomous driverless driving feature that has been verified to be safe to use in various geographic locations and conditions is called “highway driving.”

The NVIDIA DRIVE Xavier-compatible central computer will manage the car’s main functions, such as basic software, power management, and driver assistance. It is used in conjunction with an autonomous driving computer powered by NVIDIA DRIVE Orin, which is dedicated to computationally intensive tasks such as vision and LiDAR processing and provides the high level of safety integrity required for autonomous driving.