Pakistan temporarily suspended the services of social media platforms such as Twitter, Facebook, and WhatsApp to stop using the organization to organize demonstrations after the government banned a radical religious group. (TLP) After three days of violent protests, the government was forced to expel the French ambassador on the grounds that France published a blasphemous cartoon in France last year. 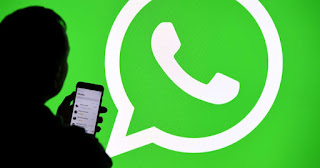 Pacific Standard Time (GMT + 5) offers media services for four hours from 11am to 4pm. At 3 p.m, The PTA stated in the notice that “it may not be possible to fully access the social media platforms Twitter, Facebook, WhatsApp, YouTube, and Telegram.” The PTA has not announced the suspension of services, but official sources said they are concerned that protesters use social media to organize demonstrations.

Suspension of internet and mobile phone services is a common practice in Pakistan to prevent protests and terrorist acts. But this time, only social media has become a special target, as TLP is reported to be used effectively against government actions. Interior Minister Sheikh Rashid Ahmed (Sheikh Rashid Ahmed) warned TLP not to use YouTube to upload promotional videos.

In November 2017, when TLP sat down at the Faizabad interchange near Islamabad and cut funding for the old international airport, it sparked people’s attention. The Pakistan Muslim League-Nawaz (PML-N) was in government at the time, and current Prime Minister Imran Khan and his Pakistan Tehreek-i-Insaf party supported the protests.