The iQoo 7 series will launch in India this month, and the company teased on Twitter. iQoo 7 launched in China in January. The Vivo sub-brand began making its debut in India soon, but there was no launch schedule.

A new monster packed with world-class features will be out & we bet you won’t be able to take your eyes off it.#ComingSoon #iQOO7Series #iQOO #MonsterInside pic.twitter.com/ixYedQgg1i 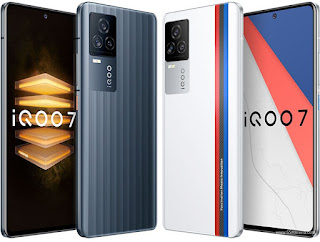 The exact date of publication has not been shared. Since the company teased the launch of the iQoo 7 series in India, we can expect to launch multiple iQoo 7 variants in the country. Recently, Gagan Arora, Director of iQoo India, hinted that the BMW M racing version will be launched in India.

Last month, the company teased that the price of the phone will be lower than Rs. It sold 40,000 when it launched in India. The BMW M Motorsport version of iMoo7 has three colored stripes on its white rear panel that represent the brand. The regular version launched in China in January is available in black and latent blue.