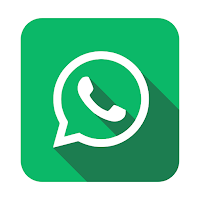 WhatsApp seems set to soon allow you to use your WhatsApp account on as many as four devices simultaneously. A reference for enabling a single WhatsApp account on multiple devices was also recently spotted on a beta version. As per the tweet posted on WhatsApp beta tracker WABetaInfo, WhatsApp is adding the ability to let you use your WhatsApp account from four devices at the same time. The screenshot carried along with the tweet suggests that the app would use Wi-Fi connectivity to sync data across devices. However, WhatsApp may provide mobile data as an opt-in option for users who don’t have a Wi-Fi connection but want to use their accounts on multiple devices.
Previous reports have mentioned that WhatsApp is working on multi-device support to let users enable access to their accounts from multiple devices.

Mi (Xiaomi) has launched a 30000mAh Mi Power Bank 3 Quick Charge Edition. The ability to charge up to three devices at once, along with 18W fast charging support via a USB Type-C port. Mi has also provided a low-current mode that works specifically for charging devices that require low power, such as smart wristbands and Bluetooth wireless earbuds. Is includes USB Type-C 24W Max high-power input support that brings a fast charging experience.

Redmi user can be updated to your smartphone in Indian users:

In India for the Redmi Note 8 Pro, Redmi Note 7 Pro, Redmi Note 7, and Redmi Note 7S users. The registration window is now open until June 17. Participants will get access to an MIUI 12 Global ROM that is yet to be available publicly. The new development comes weeks after Xiaomi started rolling out the MIUI 12 update for its global users.
The company announced that the new experience will first land on the Mi 9, Mi 9T, Mi 9T Pro, Redmi K20, and the Redmi K20 Pro this month.

Apple Maps has enabled the Nearby feature in India to let users find nearby establishments including food delivery, groceries, medical shops, petrol pumps, and restaurants, among others. Alongside the new change for Indian users, Apple has also expanded real-time transit information on its Maps app across Canada, Sweden, and the Netherlands.
the arrival of the Nearby feature on Apple Maps in India, you can now easily look at places such as your nearby food delivery centers, grocery shops, hospitals, medical shops, petrol pumps, restaurants, and shopping malls. All you need to do is tap the search field on the Apple Maps app to start searching for your nearby attractions.