Mitron app, an alternative to TikTok that quickly gathered a lot of attention, has now been removed from the Google Play store. The app grew quickly on the promise of it’s Indian ‘origin’, as noted in many of the reviews of the app. However, it was then discovered that the app was a rebranded version of another app made by a developer from Pakistan. Now, Mitron has been pulled from the Google Play store and as per a report, Google removed it for violating its ‘spam and minimum functionality’ policy. 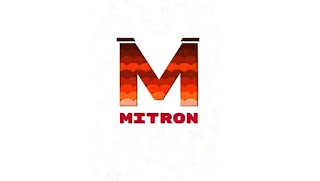 Google’s policy states that copying content from other apps without making any original changes or adding value to it is a violation. “We don’t allow apps that merely provide the same experience as other apps already on Google Play. Apps should provide value to users through the creation of unique content or services,” the policy reads. It also states that the app should provide a “basic degree of functionality and respectful user experience.”

After questions about the true origins of the Mitron app were raised, it was found that the app’s entire source code was purchased from Pakistani software developing company, Qboxus, for $34 (approximately Rs. 2,500).

“There is no problem with what the developer has done. He paid for the script and used it, which is okay. But, the problem is with people referring to it as an Indian-made app, which is not true especially because they have not made any changes”.

Following this development, CNBC-TV18 reported that Google red-flagged the app and suspended it, stating that it violates Google’s ‘spam and minimum functionality’ policy, as per the report.

As reported earlier by Gadgets 360, the app has raised questions about security and privacy. Its developer website leads to a blank page, and there was no privacy policy. Security analysts also found a vulnerability in the app which could leave your account open to being taken over. On May 30, the app added a privacy policy under the CCPA (California Consumer Privacy Act) privacy rights that let users “control their data or get it removed or request the app vendor to not sell user data,” but once again, information was limited.

PUBG Mobile is adding a new mode called the “Mysterious Jungle” on June 1. The team behind the highly popular battle royale game teased the arrival of the new model through a tweet posted on Wednesday, without specifying any particular details. Earlier this month, PUBG Mobile brought Royale Pass Season 13 with two Cartoon Rangers…