Skip to content
Hyundai Motor India Limited was found on 6 May 1996 by the Hyundai Motor Company of South Korea. When Hyundai Motor Company entered the Indian automobile market in 1996 the Hyundai brand unknown throughout India.
Hyundai Motor India Ltd. (HMI) is celebrating the success of its first fully connected SUV, Venue, that has crossed the 1 lakh unit sales mark last year. The company has sold the units is 97,400 of the Venue in India and more than 7,400 units in the international markets. The venue was the first connected SUV to be launched in India, equipped with Hyundai’s BlueLink system, and currently, it’s the highest-selling sub-compact SUV in India, with over 24,400 units sold just between January and March 2020. 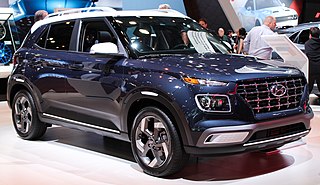 The venue, we have pioneered Fully Connected technology for customers. Additionally, the Venue has paved the way to democratize global technologies such as Kappa 1.0-litre T-GDi and 7-Speed DCT for Hyundai cars in India, offering customers’ excitement, delight, and enhanced value. Hyundai says that 44 percent of the Venue’s total sales come from the turbo-petrol variants of the SUV, powered by the 1.0-liter T-GDI engine, out of which over 15,000 units were the automatic trim with the 7-Speed DCT transmission.
Earlier this year in March, Hyundai also replaced the Venue’s 1.4-liter BS4 diesel engine with the BS6 compliant 1.5-liter U2 CRDi oil burner, borrowed from the Kia Seltos. Since then, over 30 percent of the Venue’s total sales have come from the diesel variants, indicating that despite the shift to BS6 norms, there is still a strong demand for diesel engines in India.
Several segment-first features like SOS alert, Indian-accented English voice assist system, remote engine-start-stop function, and climate control operation among others, as part of the BlueLink system. Other features creature comforts include a sunroof, wireless charging, air purifier, 8.4-inch HD display screen, eco-coating, Arkamys sound system, and wheel air curtains.
The Hyundai Venue competes with the likes of the Maruti Suzuki Vitara Brezza, Tata Nexon, Ford EcoSport and Mahindra XUV300. In comparison, between January and March 2020, Maruti Suzuki India sold 23,085 units of the Vitara Brezza, Tata Motors sold 10,545 units of the Nexon, Ford India sold 10,093 units of the EcoSport, and Mahindra sold 7,862 units of the XUV300.