Skip to content
Microsoft shut down Wunderlist on Wednesday while adding some new features to its To-Do app on the same day. It appears that the changes to To-Do have been brought to encourage users to switch to the app and make their transition smoother. Microsoft had acquired Wunderlist in 2015 and in December 2019, it was announced that Wunderlist will shut down on May 6, 2020. The tech giant is bringing the updates familiar to Wunderlist users to To-Do for Android and iOS. 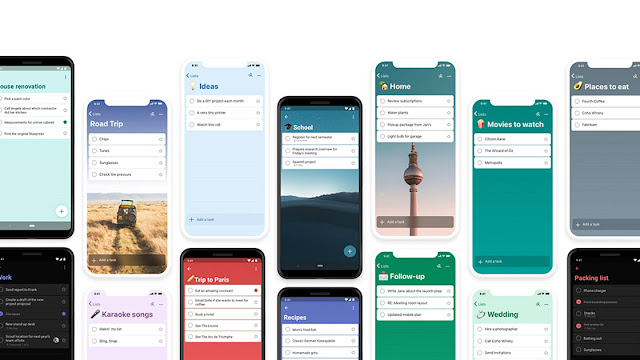 New features on To Do

According to Microsoft, users will now be able to get a Today, Tomorrow, and Week view in the Planned section of the app, adding context with regards to the due date of the tasks. Microsoft has also added All and Completed smart lists. You can activate them by going to Settings. It will show you the tasks divided by list and not all the tasks together, making it easier for you to organize better and also review the finished tasks. Also, you will be able to view all your completed tasks at the bottom.

Now you can also ask the app to show you the app icon badge for the incomplete tasks. If you want to carry a physical list that you have made, you can easily get it printed as the printing option is available on all platforms. Microsoft has also enabled users to add new tasks at the top or bottom of the existing task list, according to their choice.

Wunderlist out, Superlist in

The Wunderlist app has been discontinued as of Thursday and its website recommends users to move to Microsoft To-Do while displaying the features of the To-Do app.
Interestingly, Wunderlist founder Christian Reber announced on Tuesday that he is launching a new productivity app called Superlist. He did not give details about the app but it could attract the Wunderlist users making Microsoft’s job of bringing the Wunderlist users to its fold difficult.

According to a report, although the pandemic has caused people and authorities to change their approach towards fighting the coronavirus, some technology companies have tried to use this as an excuse to introduce “unverified” artificial intelligence (AI) tools in the workplace. college. Nature magazine.  Comment: We can no longer allow emotion-recognition technologies to go unregulated,…

CPNI, the MI5 department, has launched a “think before contact” campaign to spread awareness of this threat among government officials. The British intelligence agency MI5 stated that in the last five years, “criminal and hostile actors” have used LinkedIn to reach at least 10,000 people. These anonymous “actors” pretend to be recruiters and often partner…

New in iOS 13.5, iPadOS 13.5: The most important change that the iOS 13.5 and iPadOS 13.5 updates bring to your Apple device or devices is the improvement related to the unlock process for devices using Face ID. The updates speed up access to the passcode field when the facial recognition technology detects that you’re wearing a face mask —…