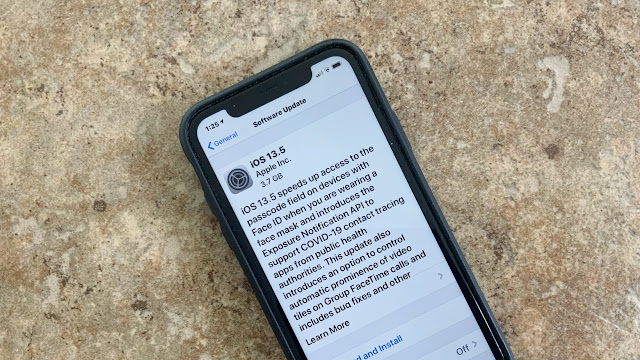 The most important change that the iOS 13.5 and iPadOS 13.5 updates bring to your Apple device or devices is the improvement related to the unlock process for devices using Face ID. The updates speed up access to the passcode field when the facial recognition technology detects that you’re wearing a face mask — or anything that hides half of your face. This makes it easier to unlock your iPhone or iPad without removing your mask.
This change is, obviously, limited to the iPhone and iPad models that have Face ID support.